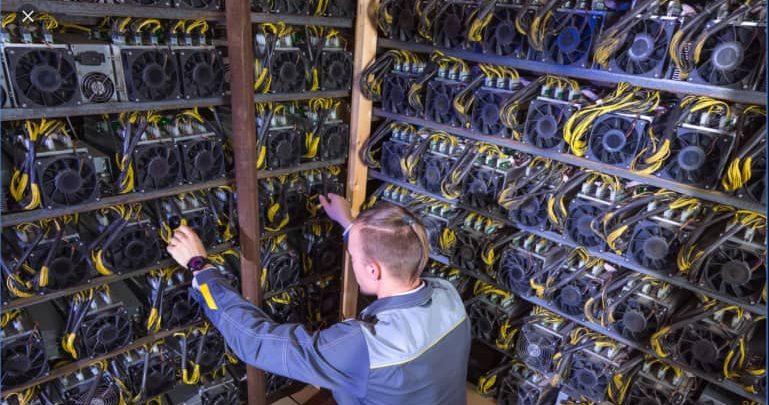 As more government agencies become aware of the numerous potential that cryptocurrency mining could offer to their respective regions, a member of the United States House of Representatives has attempted to bring these economic benefits to Louisiana.

Mark Wright, a crypto enthusiast and Rep. for Louisiana, has introduced Bill “No. 1010” before the state’s House of Rep., which would permit the establishment of privatized industrial energy zones. If passed, the bill dubbed “Deregulated Industrial Power Zones Act” would enable the local government to ask the state land office “to establish a portion of land inside the district as an energy zone.” The proposal was introduced to the House on the 6th of April.

Furthermore, according to Eric Peterson, head of CTIP (Center for Technology and Innovation Policy) at Louisiana’s research institute, PIPP (The Pelican Institute for Public Policy), the creation of privatized power zones will help position Louisiana as an attractive location for BTC miners. Peterson made his remarks on the 18th of April while speaking at the PIPP’s annual meeting.

According to news media, the Rep. stated that:

“In Louisiana, BTC miners find it challenging to form direct partnerships with electricity companies due to the many legislation and requirements in place. Under this new policy, local authorities would be able to establish deregulated electricity regions on 640-acre parcels of land. It would be simpler for energy providers and BTC miners to collaborate if these regions were already in place.”

Support For Cryptos Found Throughout The Political Spectrum Of The US

As a cryptocurrency enthusiast who often expresses his excitement on Twitter, it’s reasonable to presume that Rep. Wright proposed his legislation with similar justifications in mind when he submitted it.

Although some of the United States’ financial authorities have taken a strong position against the cryptocurrency business, there is definitely no shortage of crypto enthusiasts like Wright in the nation’s lawmakers, who have always been more outspoken about the crypto industry.

Finbold reported last month that Sen. Cynthia Lummis was putting the finishing tweaks on a legislation that would completely incorporate virtual currencies into the United States financial system. Also, Bryan Solstin, a candidate for the House of Senate, has pledged to concentrate his efforts on making BTC legal money in the United States if he is voted. However, he is not the only Senate candidate who has made such commitments.

Despite the increasing regulations being imposed on crypto miners in various parts of the world, multiple companies continue to invest in the sector due to the enormous potential it offers. After the recent harsh restrictions placed on mining by Kazakhstan, miners have migrated to other countries like America and Russia, where laws are more favorable.